Death metal war machine TrenchRot are unleashing their debut Necronomic Warfare upon the world and none will be spared.  With influences ranging from other war-themed bands like Asphyx and Bolt Thrower, to the vomitous vocals and epic, soaring lead work of Obituary’s Cause of Death, this is an old school death metal album that doesn’t feel self-conscious about being what it is.  It just crushes everything in its path, and leaves the bloodied listener staggering away… and grinning ear to ear.  Members are in other promising new bands, such as Crypt Sermon – whose first demo will see a cassette release from Dark Descent Records soon – and Infiltrator, and promise to soon be well-known names in the underground.

Necronomic Warfare is set for a February 18 release on Unspeakable Axe Records.

Check out album cut “Sickening Devotion” at this location. 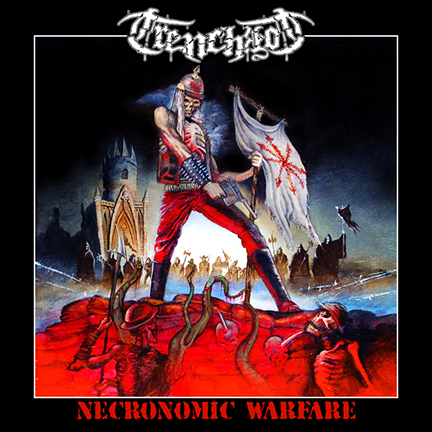