The legend of Polish hard & heavy scene – Turbo, plans to release a brand new studio album this Autumn. As the band members announce, we can expect solid heavy metal without any unnecessary intricacies. It will be the first release since their 2009 release “Strażnik Światła”. The release date of the as yet untitled album is scheduled for November.

Wojciech Hoffmann (guitars) comments: „We do not want to concentrate on novelties as we can see during our gigs that the fans expect us to play older tracks, they do not like changes. We also feel very comfortable playing the music of our youth. That’s why we plan to stick to classic heavy metal.”

Turbo will enter the recording studio on September, 15th at the latest. Hoffmann: “We want to record the album in one go – we enter the studio at the same time, record all instruments at the same time, and then we make any necessary corrections, add guitar solos and vocals. Perhaps we will manage to record the core of the album in just one day! We start rehearsing tomorrow and we plan to work till we die! We want the music to be full of all our emotions, and this is possible when a band plays together, at the same time – this good vibe is missing when an album is recorded separately by the musicians.” 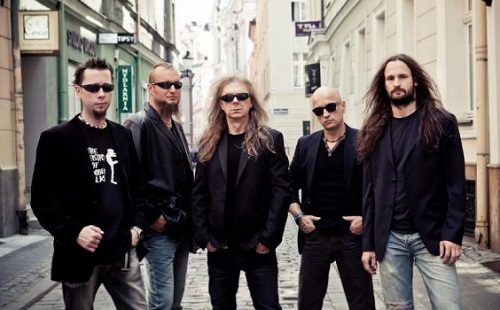 Turbo – a legendary Polish heavy metal band formed in January 1980, in Poznań, by Henryk Tomczak (formerly in Stress and Heam, pioneers of Polish hard rock). It’s one of the most important bands on the Polish heavy metal scene. “Kawaleria Szatana” (Satan’s Cavalry) – Turbo’s most famous album – is considered a magnum opus of Polish heavy metal.  As of 2009, Turbo had sold over 5 million copies just in Poland, and additional 2 million worldwide.

Hot News: Turbo with a new guitarist! Live shows in Sweden and Germany!