The band has recently changed their line-up. Dominik Jokiel, the band’s previous guitarist, decided to part ways with the band due to personal reasons. He was replaced by Krzysztof ‘Tercjusz’  Kurczewski.

The band’s official live debut with the new member will take place on May, 30th in Tyrolen, Sweden.

You can stream “This War Machine” track taken from “The Fifth Element” album on Metal Mind Productions’ channel on YouTube at THIS location. 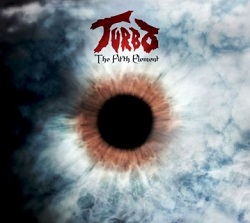 Wojciech Hoffmann (guitars): „Turbo’s sixteen studio album features thrilling and fast tracks which should satisfy all fans of classic hard&heavy sounds. We do believe that with this album we can easily compete with the elite of the metal scene.” Earlier on he said: “We feel very comfortable playing the music of our youth. That’s why we plan to stick to classic heavy metal.”

Hot News: Turbo back in the recording studio!