13.7 billion years in the making, Eat Lead and Die Music is pleased to announce the impending release of MONSTERWORKS‘ Universe on March 11, 2014. The album will be available as a download and special-edition, numbered digipak 5.1 surround mix on DVD signed by the band, with lyric booklet.

GunShyAssassin.com has posted the exclusive premiere of the title track from Universe. Listen now at this location.

Vocalist/Guitarist Jon had this to say about the themes surrounding the album:

“This is our follow up to ‘Monsterworks :: Earth’ from last year.  We wanted to top ourselves conceptually, so how to surpass an album about the life cycle of Earth from birth to death?  It could only be an album about the life cycle of the Universe from birth to death.  At least it started out that way with lyrics exploring big bang to heat death, but it gets a little philosophical along the way considering the path mankind might take in its evolution.  It is a bloody long time until the last black hole evaporates.

‘Universe’ is an ode to the great void and everything in it.  We aim to produce metal which blurs the boundaries between preposterousness and the familiar while hopefully initiating a little independent thought along the way.”

Read the complete set of lyrics from Universe at the link below.
(PDF will open in new tab)
http://public.supermetal.net/Monsterworks-Universe-Lyrics_140127.pdf 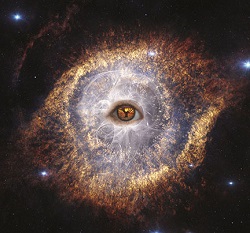