“Oncoming Chaos” is mixed by Damien Rainaud and mastered by Logan Mader (Gojira, Soulfly, Cavalera Conspiracy, W.A.S.P., Devil Driver…) at The Omen Room Studios in Los Angeles. The song “No Scapegoat to Blame” can be streamed below.

Now the alliance between violent death metal and catchy melodic heavy metal has a name “UNCHAINED“!

Unchained – No Scapegoat to Blame: 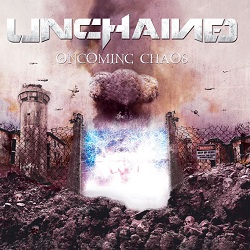 1. Infernal Death Machine
2. No Scapegoat To Blame
3. Freedom Through Fire
4. Russia
5. Your Funeral
6. Death From Above
7. Stare In The Abyss
8. The God Delusion
9. Replicant
10. Cosa Nostra
11. Unchained 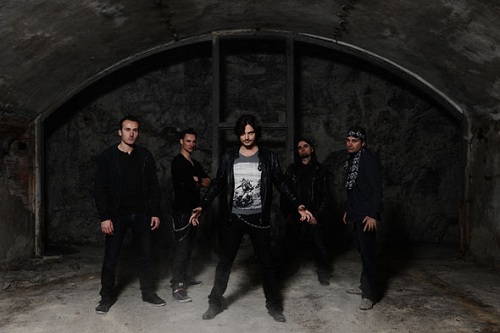 Unchained was created in July 2010 by guitarist Jonathan Rabache and drummer Olivier Gavelle following his departure from Kragens with whom he recorded three albums: Dying in a Desert (Thundering Records), Seeds of Pain and In Fight (Locomotive Records).

Olivier had previously performed in the band Ace with which he scoured the clubs of Los Angeles in the late 80′s, and Dirty Side, the first French Rock band to tour across stadiums in the then USSR. The band was soon joined by Joel on the bass, who is a former member of the Black Metal band Gorgon. Their debut album The Lady Rides a Black Horse has recently been reissued by Todestrieb Records. Then came Thibaud on the lead guitar. With them, the band wrote half a dozen songs in a few weeks only. Their style is meant to be uncompromising: powerful and incisive, classy and melodic. At the same time, and after several attempts, the band finally found the vocalist who suits them best in the person of Pierre, who had already been Thibaud’s partner in crime for several years, and will now hold the microphone.

In early 2011, the band released the five-song demo-EP entitled Russia and played a series of concerts. In addition to live shows, the end of the year was devoted to the recording of Oncoming Chaos.