The album was produced by Gerhard Magin (Crematory, Totenmond, Catamenia et al.) and will contain 11 songs. 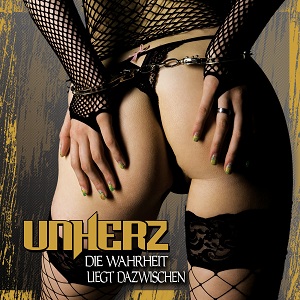 UNHERZ about their upcoming album:

“We wanted to create a varied album with songs that sound different. And I think we did a pretty good job!
The album offers everything we like! It has heavy guitar riffs as well as a lot of emotion. That’s why we named the album ‘Die Wahrheit Liegt Dazwischen’ (‘The Truth Lies Somewhere In Between’)!
We think it’s not necessary that every song features heavy guitars, the focus should be on other instruments too.”

Listen to the song “Schmerz Neu Definiert” off the upcoming album here: http://youtu.be/57DuhApfFVA

Also don’t forget to mark your calendar on August 15th, where the band will present the new album exclusively on the German AGF-Radio (http://www.agf-radio.com) starting 5pm CET!