FDA Rekotz artist GOREGAST has issued an update from their headquarters in Berlin. Firstly, GOREGAST recently commissioned Dedy Badic from Badic Art to design a new logo (posted below) that reflected the band’s return to their classic death metal roots. Badic is known for his illustrations for SKELETAL REMAINS, GRUESOME STUFF RELISH and many others.

In early May, GOREGAST will play three dates with Swe-death monsters PAGANIZER. The dates are posted below. After returning home from the three-day assault GOREGAST will enter Soundforge Studio in Berlin to record tracks for an upcoming 7-inch EP set for release in September on FDA Rekotz.

In 2011 GOREGAST released the full-length Desechos Humanos on FDA Rekotz. Album track “Honor the Dead” is streaming at this location. 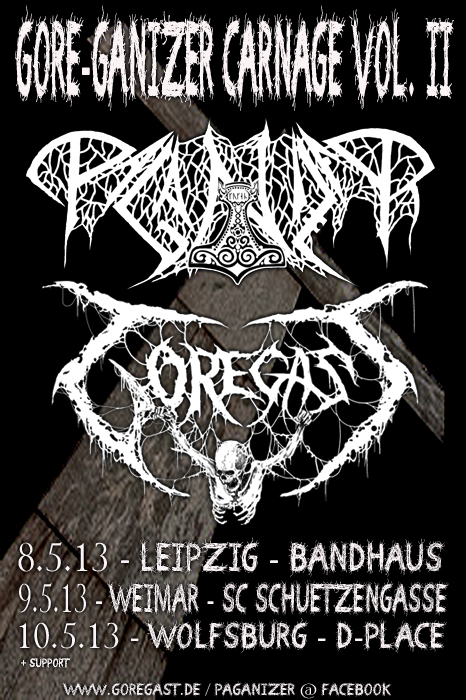