Selfmadegod Records is proud to announce the release of the split CD between Swedish USURPRESSand international grindcore unit BENT SEA. 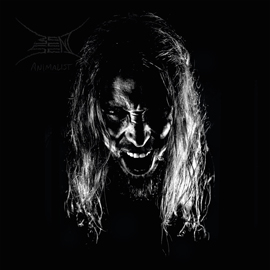 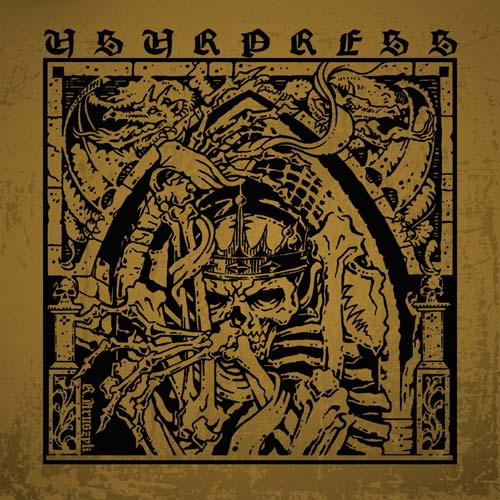 Listen to “Fashion Victims” and “City Of The Nomads” songs respectively by BENT SEA andUSURPRESS at Selfmadegod Records’ Soundcloud profile.

Usurpress is a death metal-band (of sorts) formed in Uppsala, Sweden May 2010. The musical aim of founding members Steffe Pettersson (vocals), Påhl Sundström (guitar) and Calle Andersson (drums) was, and still is, to combine the bestiality of old death metal and the undying hate of true hardcore/punk. The band was later joined by renowned death metal-expert Daniel Ekeroth (bass). The members all come from different musical backgrounds but their common ground is the love and understanding for all kinds of dark and aggressive underground music.
Usurpress calls their music “death crust” as they write short, aggressive songs based around wierd, dissonant death metal riffs and raw, primitive d-beat drumming. It has to be said right now that this eclectic mixture of styles, spiced with hints of progrock and psychedelica, is not for everybody. However, most people will certainly enjoy their aggressive live performances.

On an angst-driven evening in January 2011, multi-instrumentalist Dirk Verbeuren (ABORTED, SCARVE, SOILWORK) carved grindcore act BENT SEA out of his disembowling passion for the noise that permeated the air of his teenage years. Equipped with an arsenal of furious beats and ferocious riffage, Verbeuren created an assaulting army of tracks, enlisting his ABORTED bandmate and fellow Belgian Sven De Caluwe to call the formations. Later on the band have been joined also by legendary NAPALM DEATH bass player Shane Embury. A musical homage to the founding fathers of grindcore and noise, such as NAPALM DEATH, REPULSION and TERRORIZER, BENT SEA is also a tribute to today’s vibrant scene and countless amazing bands that push the envelope and/or keep the tradition alive. GODFLESH, BLACK LUNG, SCORN, ENDVRA and other non-grindcore acts being a definite source of inspiration as well. Lyrically, BENT SEA addresses human and social issues, although it must be said that the music precedes the message. “We’re not here to preach”, says Verbeuren, “but we’re certainly not afraid of our opinions”.

Hot News: Selfmadegod Records is proud to announce the release of Usurpress’ “Trenches Of The Netherworld”.