Polish death metal legends VADER have just finished recording the follow up to their highly acclaimed 2011 album,“Welcome To The Morbid Reich”.
The new album is titled “TIBI ET IGNI” and is set to be released on May 30th, 2014 via Nuclear Blast.
The band recorded the album at Hertz Studio in Bialystok (Poland) and it was produced by Wojtek and Slawek Wiesawski. 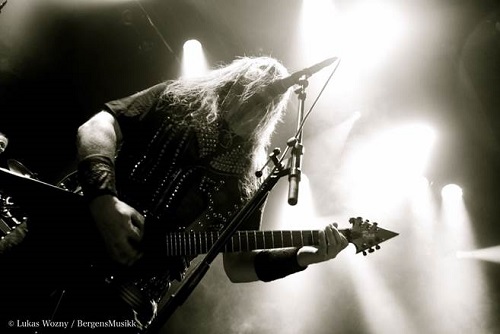 VADER commented:
“The Fire was released!! The word made flesh and new VADER album – “TIBI ET IGNI” – is done! We were working four weeks in Hertz Studio between December and February. 10 brand new songs plus 4 bonus tracks are recorded and ready for YOU. Two songs in special mix versions shall be released as 7” yet in April. The whole album at the end of May.  In April and May Vader and Nuclear Blast are preparing some videos to close up the process of work and the album itself. Be ready for interviews and other surprise until “Tibi et Igni” will be in your hands.
The absolute heaviest VADER album in the history!!!! Demons are knocking to your door now \m/”

A Decapitated helyett a Vader lesz a Kreator turné vendége a Dagoba mellett!

Hot News – Vader: Check In From The Tour!

VADER – Welcome To The Morbid Reich

VADER – And Blood Was Shed In Warsaw DVD