VAMPIRES EVERYWHERE! has been preparing for the release of their sophomore album, “Hellbound and Heartless”, which will be available on June 18th via Hollywood Waste Records. In anticipation of the release the band has revealed both the track listing and album artwork for “Hellbound and Heartless”.  Co-produced by the band and Mike Sarkisyan and Tommy Decker of Grammy-nominated, alternative-metal act SPINESHANK, this album showcases the darker side of VAMPIRES EVERYWHERE!

“Early on while recording this record I felt an amazing force behind it,” says vocalist Michael Vampire. “‘Hellbound & Heartless’ is a piece of me and a lyrical representation of who I am.  I dedicate this record to our fans and everyone that believed in our vision. Get ready for the new name in horror rock n’ roll… Vampires Everywhere!” 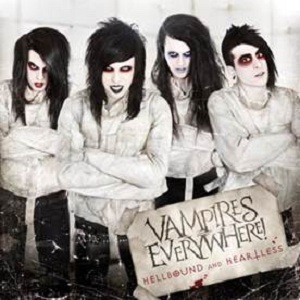 The album art and track listing for “Hellbound and Heartless” can be seen below:

VAMPIRES EVERYWHERE! recently premiered “I Can’t Breathe”, the first track from “Hellbound and Heartless” made public to fans.  “I Can’t Breathe” can be heard HERE, and the band promises they will be releasing more music in the coming weeks. 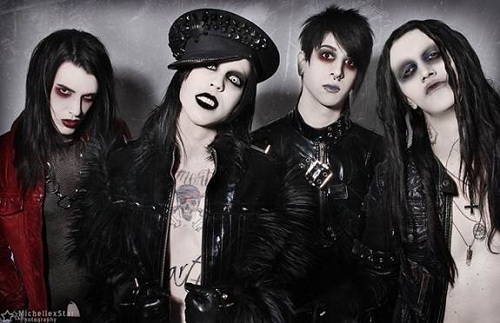 Vocalist Michael Vampire also had a chance to sit down with Hollywood Waste to talk about the new album, lineup changes and more.  Recorded while the band was in the studio recording “Hellbound and Heartless”, the first video can be seen here: http://www.youtube.com/watch?v=ko7O2vikbZw