From the mortified gallows of Mjölby, Sweden, comes writhing its way and marking their return for (un)fresh material after a two-year absence are Swedish Death Metal fiends VANHELGD!

Relentless, uncompromising and with an obscure darkness vibe, VANHELGD came on to the scene with their debut full-length record “Cult Of Lazarus” but year 2011 saw the band unleash probably their strongest material to date with “Church Of Death”. Forward to present time, VANHELGD strikes back with a vengeance in 2014; promising the upcoming record to be a DeathDoom supreme beast.

VANHELGD have recently completed writing and are scheduled to enter the studio in November 2013. The band recorded a short video clip of themselves rehearsing a new track off the new album, and can be seen at this location.

“VANHELGD are very pleased to sign a deal with Pulverised for our next, yet untitled, album. The journey continues along the eerie paths we explored on “Church Of Death” (NWN 2011) but the songs seem somewhat darker this time.” states VANHELGD frontman / six-stringer Mattias Frisk. “The writing process has been much more focused to our rehearsals this time with everyone involved, trying to make the absolutely best out of every song and not letting anything pass unnoticed. A lot of ideas have been thrown away, leaving us with eight strong tracks drenched in death, destruction and pure malevolence. The recording will start in November 2013 and will be the first with our new bass player Jonas Albrektsson.”

Pulverised Records label manager Roy Yeo also commented on the new signing: “We took notice on VANHELGD when they released “Church Of Death” and back then, there was already something about VANHELGD that we enjoyed. Perhaps it was a little of the sorrow vibe ala early At The Gates / Paradise Lost that was hidden beneath all that filthy Death Metal that was on “Church Of Death”, so we immediately agreed on releasing their upcoming album when the band approached us. We believe that for a band such as VENHELGD, their material can only get stronger with each release and further solidify the signature sound that they already possessed.” 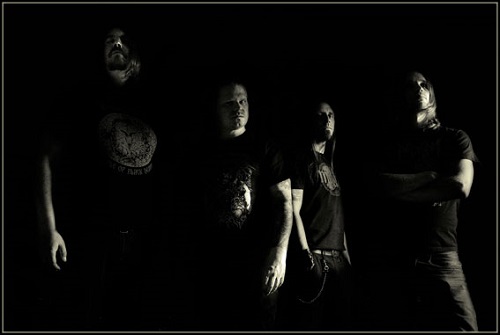