We’re happy to welcome VENI DOMINE back in the Massacre Records family!

If you’re not familiar with the band, it’s our pleasure to introduce you to them:

The story of VENI DOMINE began in 1987 when Torbjörn Weinesjö, Thomas Weinesjö and Anders Olofsson formed the band. Fredrik Sjöholm (back then Olsson) joined them shortly after.

At first, the band’s name was Glorify, which soon got changed to Seventh Seal. The band name VENI DOMINE exists since the early 90’s as the first record deal was landed.

Bass and keyboard positions have changed a few times since then but the band’s core still remains.

The musical style was soon labeled as doom but this was not the aim of the band. VENI DOMINE was always trying to evolve and symphonic elements as well as progressive ones are often heard on the albums.

The band recorded their debut album “Fall Babylon Fall” in Eastbourne, England, for Kingsway Music Records. The next albums – “Material Sanctuary” and “Spiritual Wasteland” – were released via Thunderload Records in Sweden only. Both albums, as well as the debut album, were then licensed from Thunderload to be released via Massacre Records in the rest of the world.

There was a huge gap between the release of “Spiritual Wasteland” and the fourth album “IIII – The Album Of Labour”, which saw the light of day via Rivel Records, due to various reasons. 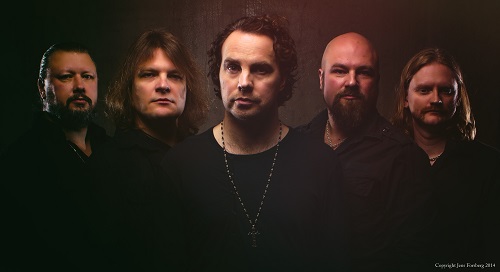 VENI DOMINE now resigned with Massacre Records, where the first album since 7 years, entitled “Light”, will soon be released.

“Light” was produced and mixed in Stockholm by Torbjörn Weinesjö at the Room Of Doom and mastered by Erik Marthinsen at the Skyline Studio. 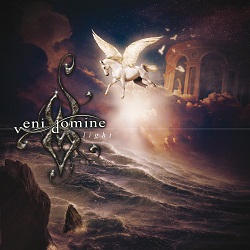 The artwork’s created by the band’s vocalist Fredrik Sjöholm himself.

The band has also released the first song off the upcoming album!

Listen to the album opener “In Memoriam” in its entirety on http://youtu.be/KNdMnjn4wA4

VENI DOMINE’s new album “Light” will be released on May 23, 2014 via Massacre Records!