Victory Records is honored to announce that THE REVEREND HORTON HEAT has joined the Victory roster. Watch the announcement video here.

The Rev comments, “We are very excited to be a Victory band now. Since we are going to get back to doing some edgier stuff, it makes perfect sense to be on Victory. Plus, they are as passionate as we are. Stay tuned for some crazy ideas about our new album. Tony said I’m graduating to Pope. Hallelujah!!!” “Signing a veteran artist of The Reverend Horton Heat’s caliber and reputation coupled with the fact that they are one of the hardest touring rock artists, year after year, is a very exciting way for us to end 2012. A large number of us here have been fans for many years. We very much look forward to working with the band and its longstanding team,” said Victory founder Tony Brummel.

Formed in 1985, THE REVEREND HORTON HEAT exploded on the scene by playing gigs around their hometown of Dallas, Texas, mixing elements of surf, country, punk, big band and rockabilly to create a genre that took the world by storm. Often imitated, never duplicated, the Rev has continued to garner the support of both the underground rockabilly/ psychobilly scene and mainstream critics. Throughout the band’s million plus album selling career, their music has been featured in countless TV shows, movies and commercials, it’s impossible to deny the powerful force that is THE REVEREND HORTON HEAT.  They continue to electrify audiences time and time again with their incredible stage presence, rock ‘n roll charisma and contagious energy.

Ready to revive a genre that’s been watered down for years, THE REVEREND HORTON HEAT have jump started their headlining STEWED, SCREWED and TATTOOED tour that will ignite over fifty-seven cities across the US this Winter and throughout 2013.  Lemmy from MOTORHEAD said it best, “Reverend Horton Heat, he’s great and plays the music he believes in and nothing else. Go see him or I’ll kill you!” Prepare to rock harder than you have ever rocked before!  See the full listing of tour dates here.

Watch for the announcement of THE REVEREND HORTON HEAT’s debut Victory Records release in 2013 and stay tuned for updates! Brand new t-shirt designs are currently available through the Victory Records’ webstore. 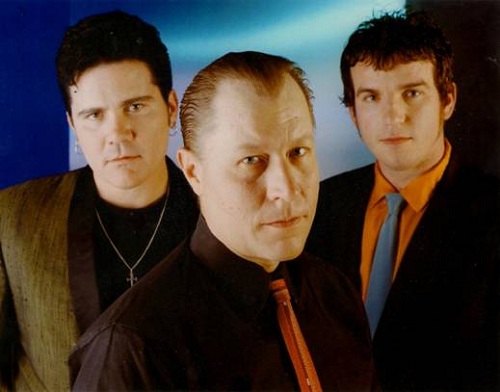