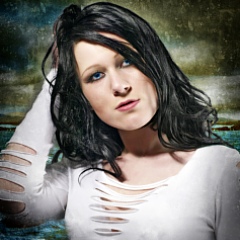 With a heavy heart, we regrettably announce the passing of the former Vision of Atlantis vocalist, Nicole Bogner, on 5 January 2012 at the age of 27. Our thoughts are with her family and especially her young daughter. VoA has released the following statement:

“In deep mourning and with the utmost respect, we must notify all Visions of Atlantis fans that our former vocalist Nicole Bogner has passed away at the age of 27 after battling disease over a long period of time. The band is shocked at the loss of an old VoA family member, but also wants to express sincere gratitude to Nicole for not only 5 years of sharing a musical
vision, but also for more than a decade of friendship inside and outside of Visions of Atlantis. Without Nicole Visions of Atlantis would have never been born and her unique voice and personality were a big part of VoA. With Nicole a great part of Visions of Atlantis died, as well. We will always treasure your warm-hearted soul. You will never be forgotten Nici…

All fans and followers are invited to join the In Memoriam Nicole Bogner-Page on Facebook to express their grief and respect to this great artist and person! Rest in Peace NICOLE and thank you! The VoA-family”

We invite you to post condolences on the “In Memoriam Nicole Bogner” Page HERE!