Frantic thrash metallers from Catalonia (Spain) Vivid Remorse announced the cover of their new and second album of studio, which is going to be entitled “Down to the wire“.

With no doubt, the best opus of the band until the moment, mixing several styles of metal: from thrash to death, crossover, speed, etc.

The cover has been designed by Maite Ramis (“Nad”), which also designed the artwork for the previous album of the band, “The seed of Malaise” (2010). 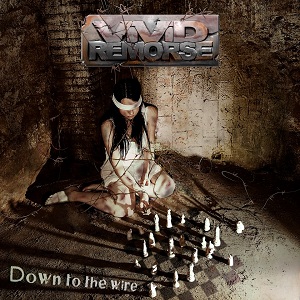 More information on on www.artgatesrecords.com and the social networks of the band: