We’re proud to announce the incorporation of Vivid Remorse to the Art Gates Records family:

This four pieced metal combo from Barcelona was born in the year 2006. Vivid Remorse practice thrash metal in a very unconventional way, based in a mix of the most classic thrash metal from the 80′s and the most modern thrash metal from the 90′s, adding hardcore, groove, death and crossover influences and details. The final result consists in the original sound of Vivid Remorse, a very personal proposal that is beyond the conventional parameters of the revival thrash that is practiced nowadays.

After releasing a successful EP entitled “Welcome to my stormy nights” in 2009, that stood them as one of the leading bands in the underground scene of Barcelona, in 2010 the band release their first LP entitled “The Seed of Malaise”, cataloged by many websites as ” best thrash metal album of the year”. The record is presented in “The tour of Malaise”; the band performs in cities like Barcelona, Madrid, Guadalajara, Orense, Luarca (Asturias), Bilbao and Granada. 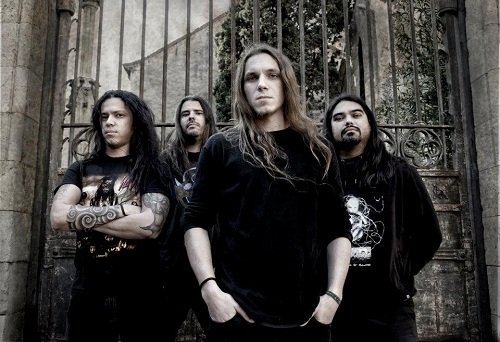 Vivid Remorse have shared stage with well known bands in the international metal scene as Amon Amarth, Destruction or Angelus Apatrida. The band is considered one of the thrash metal acts with more exposure in Spain, being part of ” The Big Four” from Barcelona, alongside Crisix, Agression and Steelgar.

Right now the band is immersed in the creation process of their new album, that will be released in Autumn 2012.