“Down to the wire“, the new and second album of Vivid Remorse (one of the most important thrash metal bands in Spain) is receiving and outstanding feedback from the metal press:

Goetia Media – “Major bands published albums this year, and with this “Down To The Wire” Vivid Remorse looks at them from the same height and still under the illusion of a bunch of guys doing this because they really feel it … a skull-breaker from start to finish.!” (5/5)

Metal Cry – “The ease with which the songs mutate, making it versatile and very enjoyable (being short songs, we find it rather palatable), being a step forward for the band” (9/10) 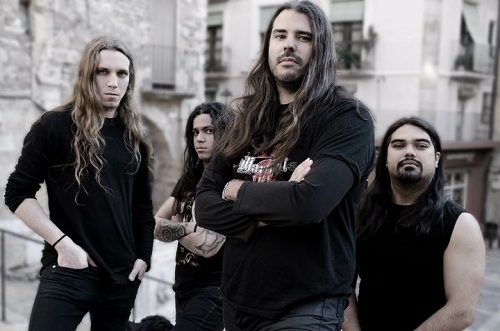 The Metal Circus – “We can’t be confused: Vivid Remorse proposal is not one of many that have come to light in this thrash revival we have experienced recently. In their music, thrash nostalgia is not a resource that is treated as a monument to preserve, it is just the base to create something new.” (9/10)

The European and worldwide release date for the el album is fixed for the 3rd of December of 2012 and it will be available through Art Gates Records, Code 7 Distribution and PHD.

Here you can watch the official teaser for “Down to the wire“, just click the image below:

The first single extracted from, “Down to the wire” was released a few days ago. It consists in a fast and powerful track full of rage.

By clicking below you can listen to “Imaginary Actress“: