“Lost Among Liars”, the video for a track from “The Tower, the new album from Norwegian Avant-garde Metallers VULTURE INDUSTRIES, will be featured at this year’s Kort and Kortkino Film Festival, which specialises in short films, and which will take place from the 14th to the 17th November in Sandnes, Norway. The theme of the Festival for this year is “Sound”, and “Lost Among Liars” will be included in the programme on Thursday the 14th, along with a video from fellow Norwegian’s KVELERTAK. More information about the Kort and Kortkino Film Festival can be found at http://www.kortkino.no/kinokino/public/openIndex?ARTICLE_ID=5050 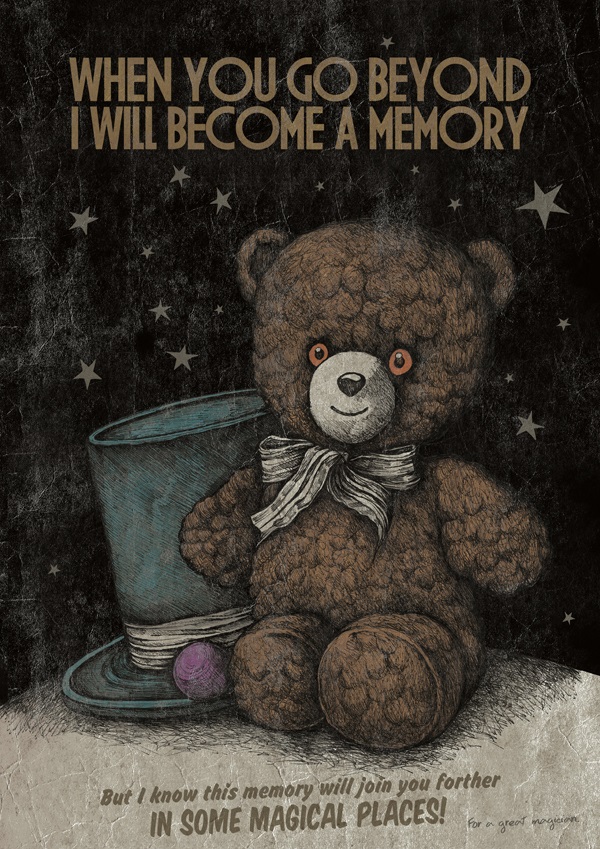 Romanian multi-media artist COSTIN CHIOREANU is the man behind the video, which is an animated surreal visual critique of today’s society that takes us on a journey through a surreal cityscape populated by people and machines, each with their own different duties and functions. From the vagrant loser, to the dutiful cog in the wheel of industry, to the facade of family life, to the mask salesman, all of them leading us through a story of oppression, elevation of control, and freedom. Educated at the Bucharest National University of Arts, CHIOREANU has made his mark as a stage artist, musician, animator and movie maker, who, despite his relatively young age, has created the cover art for musicians such as ULVER, ISHAHN, ARCTURUS, AURA NOIR and DARKTHRONE, as well as VULTURE INDUSTRIES themselves. He is the official artist for the Roadburn Festival 2014, and has been the driving force behind book and album launches. More information about COSTIN CHIOREANU can be found at http://twilight13media.com/

VULTURE INDUSTRIES recently joined forces with The THE HAPPY GORILLA DANCE company to perform ”Turning Golem” a show that is part concert rooted in the heavier segment of experimental/progressive metal and part theatre performance. The only remaining chance to see “Turning Golem” outside of Norway this year will be on the 26th October at the Phantoms of Pilsen Festival in the Czech Republic. Those living in Norway however, will not only be able to witness “Turning Golem” at the Garage in Bergen on the 25th October, but also an exhibition of some of COSTIN CHIOREANU’s artwork for “The Tower”. A promo video for the event can be seen at http://youtu.be/vaB1s9YjR6E

VULTURE INDUSTRIES will upload five of the pieces of artwork that will be shown at the exhibition onto their Facebook page, one each day leading up to the event. They can be seen at http://www.facebook.com/vultureindustries

The promo video for the “Turning Golem” event at the Garage, Bergen, can be seen at http://youtu.be/vaB1s9YjR6E

“When You Go Beyond I Will Become A Memory”, one of the pieces by COSTIN CHIOREANU which will be featured at the exhibition in Bergen can be seen below.