“Kill the King”, the debut release by WAMI has been officially released today in Europe (tomorrow in North America). It is also available on iTunes in THIS location. The names associated with the project are true legends on the hard rock scene: on the vocals – Doogie White (Rainbow, Michael Schenker, Yngwie Malmsteen), on the drums – Vinny Appice (Black Sabbath, Heaven & Hell, DIO), on the bass – Marco Mendoza (Thin Lizzy, Whitesnake), who join forces with the 16-year-old Polish guitarist Iggy Gwadera, who made his debut 2 years ago as the guitarist of Anti Tank Nun.

So far, the album gets great reviews such as this one from Hardrockhaven.net:

“Kill The King, above all, proves one undisputed fact – this international, intergenerational hard rock WAMI project really works. And even more, the sensational artistic collaboration between a group of talented Polish musicians and the three hard rock legends would be seriously unappreciated if referred to only as a curio in Appice’s or White’s vast discographies. It’s so because of many reasons – not only the predictable quality of the performance by the legendary musicians of Rainbow, Dio or Whitesnake fame, but also well-crafted compositions penned by the creative duo of Cugowski brothers. The true scene stealer is, however, the guitarist Iggy Gwadera – being not even old enough to vote and still, capable of meeting such a challenge. His talent and prowess, surprising at such young age, really shines through the entire album, and it’s almost certain we’ll hear about this gifted young man in the future – perhaps mentioned again alongside big names of the music industry. Let’s also hope Kill The King won’t be the last album under the WAMI moniker – although with the bar set so high with the first one, it’ll be hard to top it. Much recommended.” 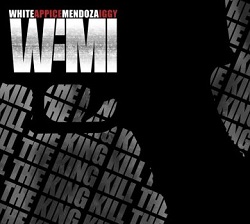