Russian symphonic metal band WELICORUSS have released their new video, for the single ‘Kharnha‘. Check it out below: http://youtu.be/ne_Y5hLNOlc

Frontman Alexey commented: “After a long silence, we are pleased to present the first results of our work before releasing of new full-length album. All songs composed by all musicians, but especially I would like to note the work of a new keyboard player Boris SENS Voskolovich, as well as a drummer and sound producer Ilya ELIAS Chursin. All parties of lead guitar were written and performed by Max Sower Fomin. In recording of single took part guest musicians: Taras Shenshin sang in ‘Kharnha’, and Anastasia Sergeeva sang in ‘Dolmen’. This mini-release is a new step in the development of our creativity and now we can understand what in the end we will hear in new album!” 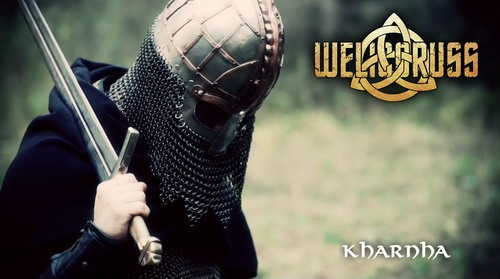