Los Angeles heavy metallers WHITE WIZZARD have posted a new video from the studio where they are recording their brand new album, titled THE DEVIL’S CUT.

The studio video features clips of the band recording, as well as a track-by-track breakdown from bassist and main man JON LEON.  Watch the video now at http://www.youtube.com/watch?v=U4IqOr8WV-A

WHITE WIZZARD released a demo in 2012 of one of the new tracks, called “Torpedo of Truth”, which was the band’s first recording to feature the new vocalist.  Listen to the track now at http://www.youtube.com/watch?v=r08i7qf56AM

THE DEVIL’S CUT is due to be released later this year on Earache Records in Europe and via Century Media/Earache in the USA. 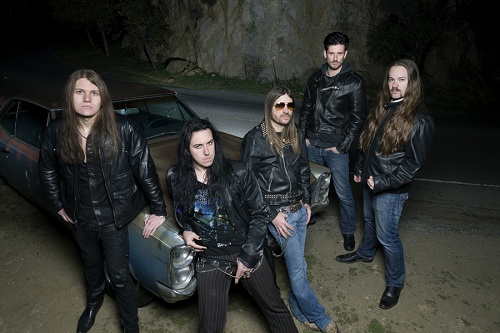 FLYING TIGERS is also available on iTunes at http://bit.ly/HDKO3F

Get more WHITE WIZZARD news and info at:

WHITE WIZZARD – Over The Top