Loaded week for Richmond, VA psyche doomers, Windhand. Not only have they graciously shared their entire album stream with us via Pitchfork here (available for the next two weeks), they’ve also announced a Winter tour with High On Fire, Kvelertak and kick off their extensive US and European tour tomorrow night in Baltimore. Windhand’s second full-length album, Soma, is just about ready for release – hitting the shelves September 17. (Pre-order here). After rightfully surging the DIY circuit with stirring live shows, their very own IPA, a critically acclaimed self-titled release last year and a split with label-mates Cough this year, Windhand take their next step forth with Soma. The album is nothing short of transcendent and speaks to more than just doom-metal fanatics—this is an epic record for all fans of guitar driven rock and roll. 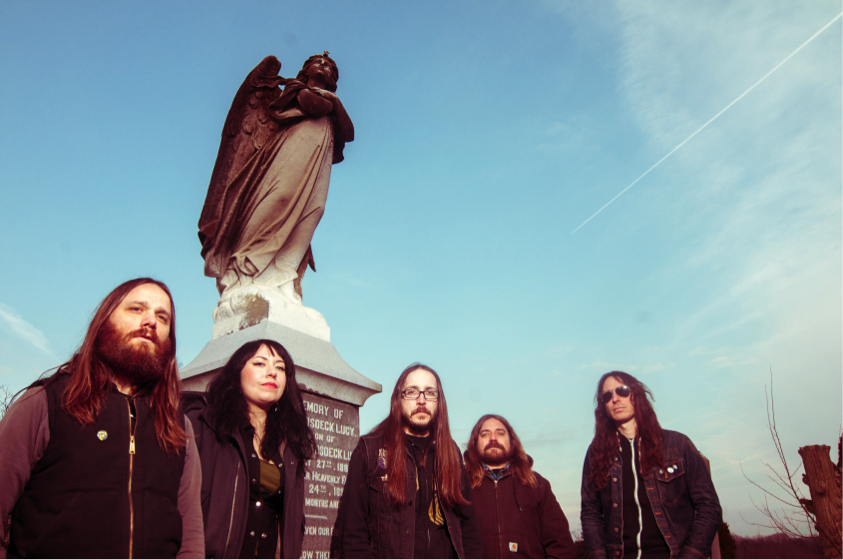 On Soma, Windhand successfully make syrupy slow, downtuned doom hooky and anthemic. Propelled by singer Dorthia Cottrell’s beautifully haunting bellow, Windhand’s dual guitar attack sounds like the glorious misfit offspring of Black Sabbath and Nirvana. An easy candidate for heavy music record of the year. The album was recorded and mixed by the band’s own Garrett Morris at The Darkroom and mastered by James Plotkin in their hometown. (See all of their tour dates here.)