German power metal band WINTERSTORM has inked a deal with NoiseArt Records and Rock The Nation Booking. The band has established itself in the national and international metal scene within the last years and we are very proud to welcome them in the roster. The new album is due to be released at the beginning of 2014.

The band comments:
“Nearly three years have gone since the release of our first album “A coming storm” and since our first show. After dozens of gigs (among others one at the Wacken festival of 2012) and after the release of our second album “Kings will fall” we are very proud to have found so many wonderful fans and to have experienced such a lot of positive responses.

After several offers from various labels one long-awaited target has come true: we have signed with “NoiseArt Records” and in addition with the booking company “Rock the Nation”.

Although we were excellently supported by “Cargo Records” and by “Edition Two Louder/BMG Rights Management” when we released our first two albums ourselves, we are glad to have found another two high-quality partners. That means that in the long run we can concentrate on the things that have motivated us to make music for many years now, i.e. to write songs and to play for the large number of our fans, the ‘stormsons and stormdaughters’, who have remained so admirably faithful to us for years and thanks to whom we have never had a minute of boredom.

We are all looking forward to working together successfully and stormily, to lots of new shows and albums. This summer we will start studio recordings and therefore  won’t be able to play the same number of gigs as otherwise. The new album is due to be released at the beginning of 2014. Stay Stormy!” 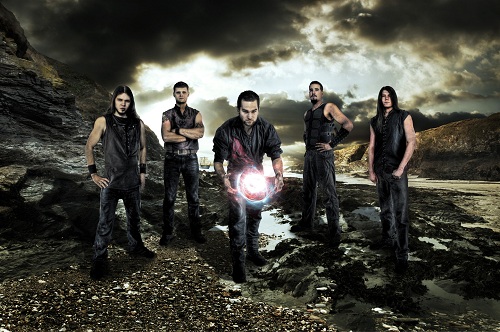 WINTERSTORM is comfirmed for BEASTIVAL 2013 which takes place in Geiselwind Germany from May 30 – June 1 2013. Get more info about the festival here: www.beastival.com