Since 25th January you can order new WITCHMASTER Ep entitled „Śmierć”! This release will be available as limited 7” gatefold LP and will include 4 new tracks:

1.DEATH RITE
2.REVELATION OF SATAN
3.FATHER OF THOUSAND NAMES
4.SHOW ME YOUR FEAR 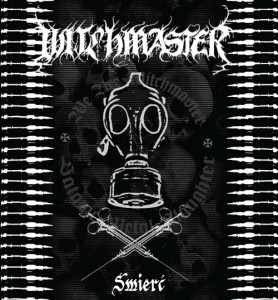 This Ep was recorded at Scream Studio in London and mixed in Zielona Gora. The upcoming months will be the period of intense working on full new studio album which will be the continuation of „Masochistic Devil Worship” at least when it comes to sound and production. New Witchmaster album will be released in 2012 via Witching Hour Productions.

VOIDHANGER was formed in 2010 by Zyklon, Warcrimer (both Infernal War and Iperyt) and Priest (Enclave, Massemord) to spread negativity and satanic madness through infernal mixture
of oldschool thrash, black and death metal. In 2011 the band finished its debut album entitled “Wrathprayers”, mastered in Hertz Studio (Vader, Behemoth) by Wiesławscy Bros.
The final outcome is nothing but pure, devastating mixture of those three extreme genres that will leave you begging for more! 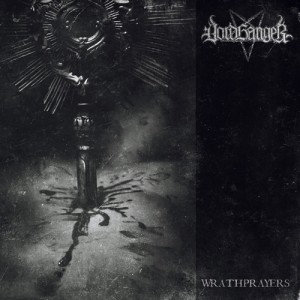 TRAUMA reveals the title and tracklist of upcoming, 7th studio album.  „Karma Obscura” was recorded with the following Line-up: Artur “Chudy” Chudewniak – vocals, Arkadiusz “Mały” Sinica-drums, Jarosław “Mister” Misterkiewicz-guitars/bass at Hertz Studio (Vader, Behemoth) in Białystok during June and July 2011. During upcoming months the band will be working on mixing and mastering together with Wiesławscy Bros. Cover artwork will be designed by Mentalporn (Deathstars, Behemoth).
Here is the tracklist:

1.PROLOGUE
2.RENEVAL THROUGH COLLAPSE
3.AFTER DEATH
4.THE NIGHTMARE OF YOUR GOD
5.VEIL OF OBLITERATION
6.RENEGADE
7.SPIRAL OF EXTINCTION
8.THE EDGE OF DEPRAVITY
9.THE AWAKENING

“Karma Obscura” will be released this spring through Witching Hour Productions.