Today, enigmatic American black metallers WOMAN IS THE EARTH stream the entirety of their This Place That Contains My Spirit, released last week by EISENWALD (and out May 6th in North America), at Terrorizer magazine’s website. The band’s second overall recording (and first proper album), WOMAN IS THE EARTH‘s This Place That Contains My Spirit was written over the course of three years. Much time and effort was put into writing and recording the album to uphold the original conception of the music. In addition to guitars and drums, a variety of instruments were used, including a Roland Juno-60, bass guitar, classical guitar, and ocarina. The album reflects a yearning to reconnect with the spirit of the natural world in a time when that connection is quickly dissolving. Hear its entirety exclusively HERE, courtesy of the UK’s longest-running extreme metal mag. 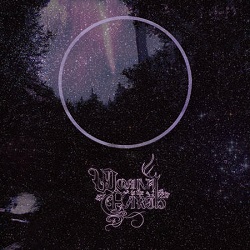 1. This Place That Contains My Spirit
2. Bird Song
3. Sage Moon
4. Glow Beyond the Ridgeline

WOMAN IS THE EARTH consists of three members: Jon Martin (drums, vocal chants), Andy Martin (guitars, bass, floor effects), and Jarrod Hattervig (guitars, vocals). The project, based out of the Black Hills of South Dakota, was started in 2007.  The band has kept a low profile, occasionally playing shows locally and in surrounding areas. WOMAN IS THE EARTH‘s primary focus has remained on writing music rather than on touring or promotion.