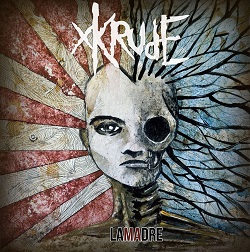 The silence has lasted too much. After two years immersed in Black Bunker Records, Xkrude announces the release of their fourth album with a brand new single, “LaMadre” (TheMother) which belongs to the homonymous album, their awaited new work. The Spanish band celebrates their fifteen years of activity with a forceful LP. Eleven cuts with the sound that made the band well known, as well as an excellent lyric and vocal work, thanks to the perfection with which Mario Infantes has fitted in the band, in which he had his baptism of fire in the last summer live shows.