Blazing with over fifty minutes of supreme, metallic occult rock, Angels’ Necropolis, the infernal debut album from YEAR OF THE GOAT, has been claiming mass praise from  heavy metal fans and critics alike, elevating this new act in the ranks of the scene quickly. 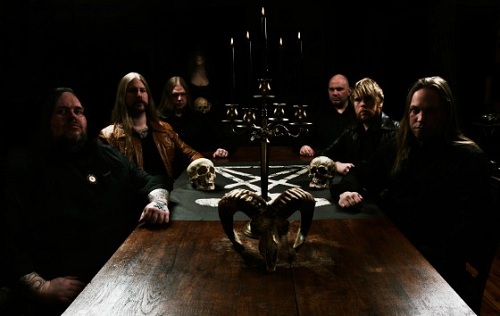 A brilliantly infectious album highlighting classic metal/occult rock harmonies Östergötland/Norrköping, Sweden-based quintet seemingly permeate the air around them with, rather than “perform” or “execute,” the atmospheric permeation of the eight rituals which comprise their Angel’s Necropolisoffering form the proper conditions to transport the listener to another plane of existence; a meditative state in tribute to Lucifer and his legions. The album was released on CD, LP and digitally worldwide via Ván Records, also liable for bringing The Devil’s Blood, The Ruins Of Beverast, Nagelfar and others into the cult spotlight over the last decade.

This week YEAR OF THE GOAT has set loose a brand new video for the track “Spirits Of Fire,” showcasing the incredibly hooks and melodies the band have seemingly perfected, depicted in a psychedelic 70s Occult horror  theme.

YEAR OF THE GOAT will hit the stage sporadically and continuously through the year, having just announced the acts first confirmed performances of 2013. Stay tuned for further updates as more shows are confirmed.

Hot News: Year Of The Goat – Sign To Napalm Records