The music video is for the song “Awoken by Crows”, both the opening track of their second full-length, Sui Caedere (released June 25th), and title track of their latest (digital) EP, Awoken by Crows (released May 7th and featuring three exclusive bonus tracks) and features alternative model Ivy Tenebrae. The video has been directed by J. Saunders of Dead Parrot Productions (already responsible for fellow label recording artists Unsu’s “The Filthy” music video).

Sui Caedere is a 72+ minutes monolith of intense despair and darkness, mixing a Funeral Doom / Death basis with elements of Death Metal and Orchestral / Progressive Metal, all of this topped with inhuman and ultra low vocals by mastermind Daniel Neagoe (also in Unfathomable Ruination). Stream the album for free at http://listen.kaotoxin.com

“Say goodbye to the sun and close the blinds, it’s time to be miserable and love it.” [8/10]
– Blistering.com

“Emotional and melodic, yet sacrificing nothing in terms of brutality, this album is a doomy masterpiece, not unlike The Angelic Process during some parts. It’s a perfect accompaniment for the contemplation of that which is solemn and profound.” [9.5/10]
– Destructive Music

Born in London, UK, in 2010, Eye Of Solitude is the creature of Daniel Neagoe, who’s also the singer of the Brutal Death Metal band Unfathomable Ruination (Sevared records) and main character behind both the Depressive Black Metal band Colossus and the Dark Ambient project The Departure. After having left his job as a soundtrack composer for a Romanian movie company, he relocated to London and joined the local underground extreme Metal scene. Daniel still felt an urge for something radically different, more extreme in a way, more ambient at the same time, something mixing the beauty and the beast, something that wouldn’t have
been heard before. Eye Of Solitude was born, first as a solo-project, then a full-fledged band with permanent and session members, among which Unfathomable Ruination /Trifixion bassist Federico Benini. The debut album, The Ghost, was self-released by the band in 2010, soon followed by a three-track, untitled, promo in late 2011. This is where Kaotoxin stepped in and offered to release their next full-length, Sui Caedere. So impressed by the final result and the aforementioned promo, Kaotoxin also released the Awoken by Crows digital EP, which features three exclusive bonus tracks, along with the opening track from Sui Caedere, in May 2012. 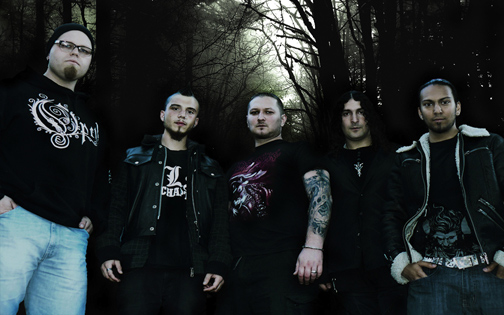