Their name evokes warfare, loud sounds, and primitivism, which are all good things to have in mind when preparing for the onslaught of French thrashers ZOLDIER NOIZ.  A ferocious blend of Motorhead, earliest Voivod, crust punk, death metal and more, ZOLDIER NOIZ have been around for over a decade now, churning out demos as well as a previous studio album Schizoid Reject. That effort landed them a coveted spot as Fenriz’s Band of the Week back in 2010.  Now they are back to follow that up with their second album Regression Process.

The art is stark and evocative of punk and grindcore with its cut-and-paste aesthetics and overtones of social commentary.  There’s definitely a strong punk vibe to the music as well, but at its core, Regression Process is metal in one of its earliest and most molten forms – speed metal blurring over into death; thrash without the technical window dressing.  Songs are vicious and to the point, and the rough and raw vocals suggest Lemmy if he tried to fill in at the mic for Bolt Thrower. 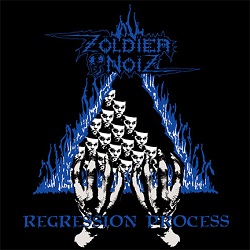 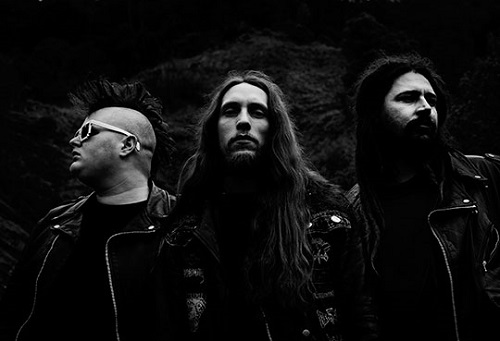 Definitively Love-it-or-Puke-it Old-School Metal the way it should be. No triggers, no expensive studio, no video games covers, no PC moral lessons, no costumes and a careless, FTW attitude. Throughout the years the band has shared stages in France, Spain and Italy with bands like Children Of Technology, Korgull The Exterminator, Charnier, Graveyard, Nunslaughter, Loculo, Necro, Insulters, Grave Desecrator.