Mexican corpse-walkers ZOMBIEFICATION are set to unleash their new EP Reaper’s Consecration via Pulverised Records in conjunction with Chaos Records later this year. Having risen from the grave in 2009 following the release of their debut, Midnight Stench, ZOMBIEFICATION wasted no time in concocting a venomous brew that makes up Reaper’s Consecration. Offering up their signature brand of noxious death metal, neatly packaged into five furious songs, The Stench is more putrid than ever before! Reaper’s Consecration was mixed and mastered at Necromorbus Studios (Watain, Interment, Demonical et al) in Sweden. 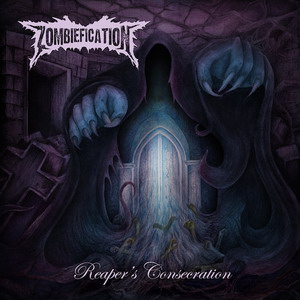 To hear “Dead Today, Dust Tomorrow,” go to THIS LOCATION.