French Atmospheric Doom Metal combo Angellore have signed a deal with Dreamcell11/Aural Music Group for the release of their debut album “Errances”.

The album that includes 7 songs of pure emotional and atmospheric doom/gothic metal and was recorded, mixed and mastered in December 2009. The mixing and mastering part was taken care of by Florent Krist at Studio AV in France. Release date is still to be announced.

The band stated: “Angellore really feels honored & proud to be part of Aural Music/DreamCell11 roster. After months of work, our first album Errances (wanderings, in French) is now ready to see the light, and we can’t wait to work with this great label and spread out our music to new horizons. Things are really taking a start now!”

Dreamcell11 A&R WORM stated: “When I listened to this album for the first time I felt the emotions that the real doom metal bands that I loved in past have been able to create…I have always been a doom metal fanatic, and I will never stop supporting the bands that really believe into this elitarian music genre … Like Angellore do. This album will make you dream, fly, cry, smile and you will understand the difference between truly inspired music and the commercially driven releases that are infesting the market nowadays…Support this band, you won’t regret it.” 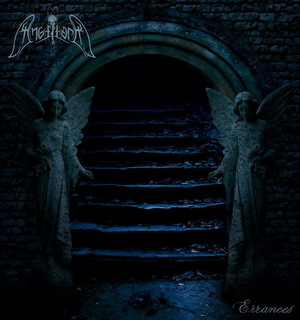 To preview the first public track taken from “Errances” please visit this link.