The San Francisco’s Bay Area is well known as the home of Thrash Metal, but the truth is this place gave birth to several Classic Heavy Metal bands as well, with DAMMAJ being one of them. Formed in 1978 by vocalist Greg Hill and bassist Steve Gilbert, the duo quickly added to their ranks the other two Gilbert brothers – Mick and Richie – both on guitars, and drummer Bob Newkirk solidifying in what would become known as the band Dammaj. 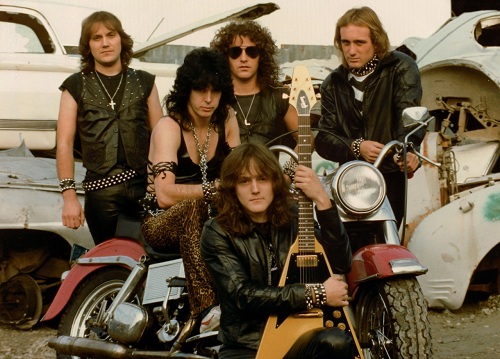 After several demo recording sessions, guys entered recording studio with the legendary producer Dan Johnson (SAVATAGE, DEATH) and sound engineer Jim Morris (CRIMSON GLORY, NASTY SAVAGE), and recorded their debut, and only one LP entitled “Mutiny“, released in 1986. The music stood its own ground, and still is relevant in this day, as a strong reminder of what made for good, solid Heavy Metal out of the San Francisco scene. It got rave reviews in Kerrang, Metal Hammer and various European magazines and still to this day gets good praise as a classic and solid Metal album. 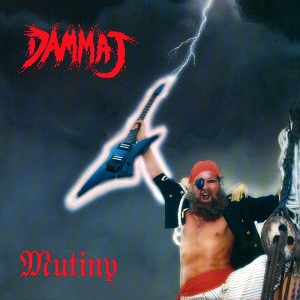 Now, more than 20 years later, the boys are back, and recently inked the deal with Polish label SKOL RECORDS, founded by producer Bart Gabriel (JACK STARR’S BURNING STARR, CRYSTAL VIPER, SACRED STEEL). The cooperation will start with a re-release of the legendary “Mutiny” LP: the album got remastered from the original master tapes, and the CD package will include not only thick booklet with lot of classic photos and all the lyrics, but also bunch of ultra rare bonus tracks. The album will have its premiere on April 27, 2012 at the KEEP IT TRUE FESTIVAL (Lauda-Konigshofen, Germany), and in the forthcoming weeks SKOL RECORDS will inform about next plans of DAMMAJ.