The band was formed in summer 2010 by lead singer Johnny La Bomba and Shredmaster JB (a.k.a. Jens Basten, who is also  Night In Gales’ guitarist and songwriter).

GLORYFUL‘s music is not about any clichés or bullshit. It’s just what it is: Heavy Metal!

As a full line-up consisting of advanced and professional musicians like Vito Papotto (guitar), Oliver Karasch (bass) and Hartmut Stoof (drums), they entered the studio in summer 2012 to record their debut album and chose legendary Swedish sound alchemist Dan Swanö as their producer.

The band about their addition to Massacre Records’ artist roster:

“We are very happy to be part of the Massacre family now! As Massacre Records is one of Germany’s most important and long-living addresses for quality metal music, it’s an honor for us to release our debut album with them in 2013!”

GLORYFUL’s debut album will be released in summer 2013 via Massacre Records! 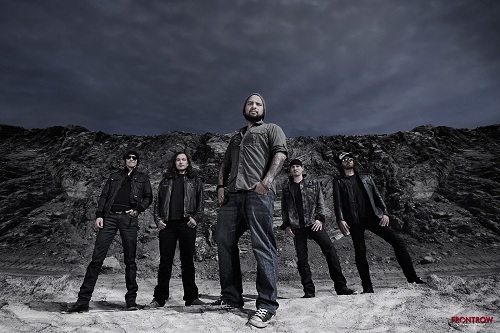