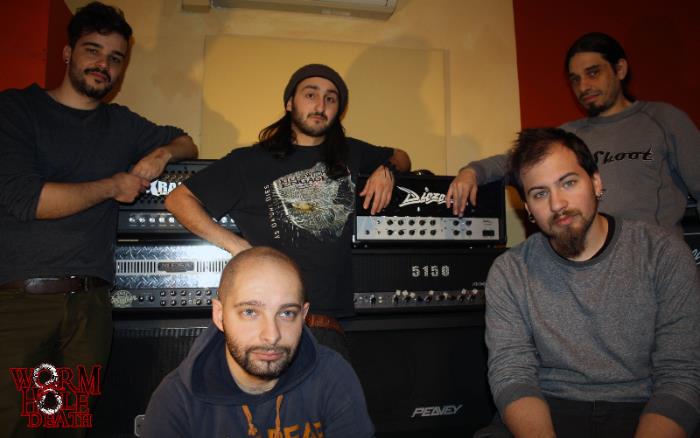 After one year from the release of their critically acclaimed debut album “Plan you rebirth” Underwell are back in studio to record the new platter wich will be titled “The Chant Of Husks”. The sophomore release is being produced by Wahoomi Corvi at Realsound studio in Parma and is scheduled to be unleased via Wormholedeath during 2014.

The tracklist is as follows: 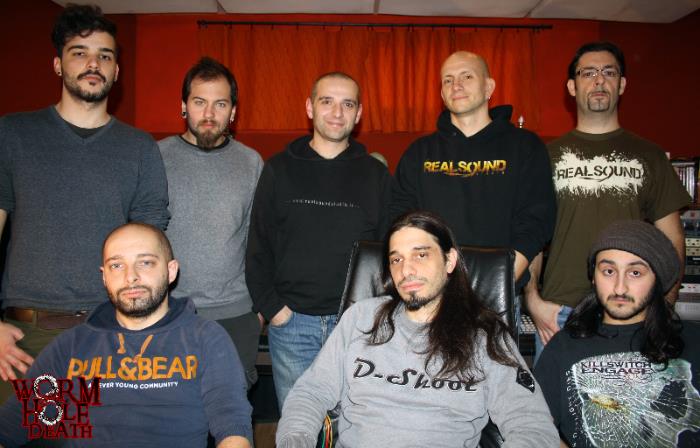 The band stated: “The new album is the logical evolution of Plan your Rebirth. As we grew up , our sound and the subjects we treat with our music, followed the same process. The concept of the rebrith was recovered and analyzed through a more personal point of view. The sound is a mix of flashbacks from the 70s, really sick dissonances and greater care in the arrangements. The production, the recordings and the mixing were entrusted to the expert hands of Cristian and Wahoomi from Realsound Studio. We were always great fans of their work and we are really psyched to work with them. Clearly the decision to continue working with WormHoleDeath was an obvious choice. They were always behind our back, always working for the best of the band and we are really greatful for that.”

Worm stated: “Underwell is a band wich I really feel part of. These guys are my friends and I respect them so much as human beings and musicians. When I visited them in studio yesterday I  felt so proud to have them in our roster since the new album is such a masterpiece. The songs are powerful and Daniel, the new singer, is doing such a great job with the vocal parts… He’s giving Underwell new strength and power!  Imagine something like lamb of god meeting suicide silence with european sound and melodic refrains melted into psychedelic influences. Something absolutely amazing and fresh!! Underwell will get what they deserve with this new record and I’ll do everything possible to support their project. Follow them you will not regret this choice!”