Swedish black metallers ASTROPHOBOS has inked a deal with Abyss Records for the release of the band’s forthcoming debut full-length album. The band is set to enter the studio this month with producer Erik Nilsson (A Swarm of the Sun, Aoria, Kausal) to record the album, which is expected to see the light of day this winter. ASTROPHOBOS has enlisted the services of Fredrik Widigs (Demonical, The Ugly) as a session drummer for the recording. Check www.astrophobos.com for updates.

The band has posted a pre-production teaser of the as-of-yet-untitled album HERE.

Abyss Records is now selling copies of the band’s self-financed EP, Arcane Secrets via the label’s webstore located at www.officialabyssrecords.com. Released in November of 2010, Arcane Secrets was welcomed by the metal press with raised horns and open arms.

The Stockholm-based black metal outfit Astrophobos has been described as “distinctly Swedish-sounding,” referring to the sound of bands like Dissection, Naglfar, Vinterland and Watain. With the Swedish and Norwegian black and death metal scene that emerged in the early nineties as the main source of inspiration, the band’s harsh yet melodic take on black metal has attracted a lot of attention.

Formed in 2009 by Martin Andersson (guitar), Jonas Ehlin (guitar) and Micke Broman (vocals and bass), Astrophobos combines the members long experience in writing and playing extreme metal. With skills based on both musical training and raw talent, the result is intense and memorable with much variation in style and sound. 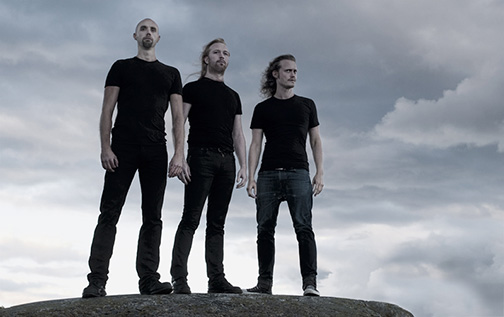