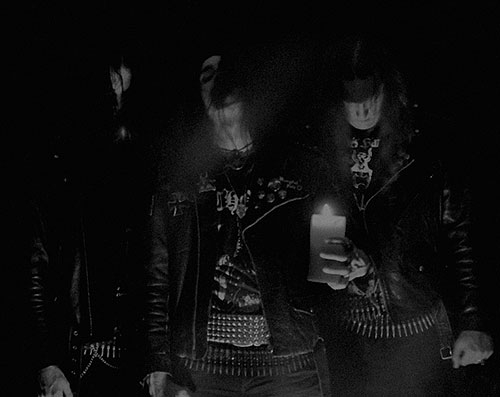 DENOUNCEMENT PYRE will enter the studio over the coming months to record their second full-length album, to be titled Almighty Arcanum. The album will feature seven new tracks + intros of black/death metal for which the Australian band have become renowned since their formation in 2003. As a follow-up to 2010’s critically acclaimed World Cremation, it will once again be released on both CD & vinyl formats by HELLS HEADBANGERS during the latter half of the year.

In other DENOUNCEMENT PYRE news, the band will also return to the stage to perform live for the first time in half a decade, appearing at the Evil Invaders Festival in June in Sydney, Australia, with more shows to be announced soon. In the meantime, consult DENOUNCEMENT PYRE‘s two official sites: