WE ALL DIE (laughing) appeared for the first time as guest musicians on EYE OF SOLITUDE’s digital EP The Deceit. This appearance – which was just reissued as a bonus track on EYE OF SOLITUDE’s newest release Canto III – was merely a hint of the duo’s combined genius. The meeting of these two boundary-pushing brains resulted in a one-track, 33-minute opus explores a multiverse of musical possibilities and offers a challenging, yet highly satisfying experience. The limited-edition first pressing of Thoughtscanning will feature a bonus cover of Amy Winehouse’s “Back to Black.”

France’s VS-Webzine is now streaming Thoughtscanning in full at this location. 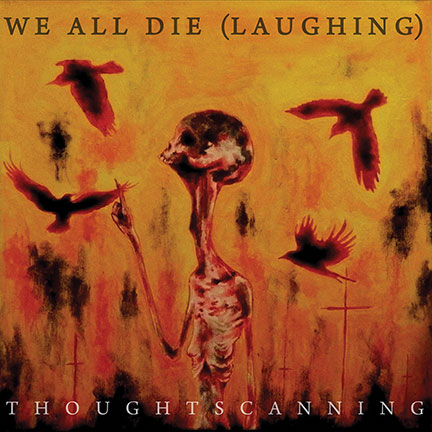 Thoughtscanning was recorded at Déhà’s HH Studio, with mixing and mastering duties handled by El Mobo at Conkrete studios (Gorod, Otargos…). The artwork for the album was drawn by underground artist Maxime Taccardi (Necrophagia, Agathocles, C.O.A.G.).

Thoughtscanning will be available as a limited edition (1,000 copies) deluxe DigiSleeve CD, with the first press featuring an exclusive bonus track, a cover version of Amy Winehouse’s “Back to Black.” A full line of merchandising, including t-shirts, girlie t-shirts and hooded sweat-shirts will be available alone or as specially priced bundles. The artwork for the merchandise pays homage to (in)famous Mayhem De Mysteriis Dom Sathanas merch with a Mayhem-inspired “WAD(L)” logo on front (designed by Poups/Undead Kreation (Savage Annihilation)) and the band’s picture with “KTXN” on the back.

Arno Strobl is perhaps best known for his work with extreme avante-garde metal outfit CARNIVAL IN COAL, who released albums on Earache and Season of Mist Records. In May of 2012, he released the Giggles, Garlands & Gallows EP with experimentalists 6:33  & ANRO STROBL.

Déhà is the mad scientist behind the one-man grind unit C.O.A.G., which just released the digital single “Sociopath” as part of the Kaotoxin Sideblast Series, a “crowd-funding that costs nothing” project launched by the label earlier this year. C.O.A.G. also appeared on Kaotoxin’s In Grindo Veritas compilation and will release a split with Total Fucking Destruction, Infected Society, Unsu, Miserable Failure and Department Of Correction in early 2014. 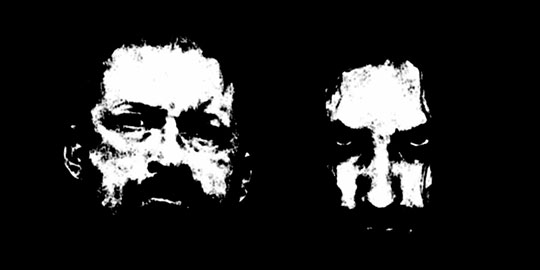