A trio of progressive metal enigmas, all core and founding members of heralded technical act Zero Hour have formed a brand new outfit,ABNORMAL THOUGHT PATTERNS, and are about to unleash their recently-recorded debut EP.

Formed by Northern California-based brothers Jasun and Troy Tipton (both also of Cynthesis) and Mike Guy (Zero Hour), the instrumental act is arguably the most mind-melting display of technical proficiency from this closely-knit trio to date. Having performed together for over eight years in a variety of well-known progressive metal acts, ABNORMAL THOUGHT PATTERNS fuse angular riffs, intricate time signatures and intense solos, generally at a very high velocity, constantly creating highly intense and invigorating song structures. In order to complete the live sound, the trio recruited longtime friend and talented guitarist Richard Sharman; a student of Jasun’s for many years and a great addition to the group.

Together these four gifted musicians have created a blazing self-titled debut EP, which will see release on November 29th via the band’s own, newly-formed CynNormal Lab Recordings. The four-part epic “Velocity and Acceleration” and bass-only track “Ulnar Nerve Damage” were mixed by talented producer/engineer Dino Alden (Marty Friedman, Zero Hour), but due to Dino’s carpal surgeries the band reached out to Matt LaPlant (Sikth, Nonpoint) to mix the tracks “The Machine Within” and “Electric Sun”. The EP was mastered by Alan Douches (Between The Buried and Me, The Dillinger Escape Plan) and the cover artwork commissioned to Erick “Wurm” Pollard.

Check out an early teaser for the record, comprised of several clips taken from throughout the Abnormal Thought Patterns EP, AT THIS LOCATION. 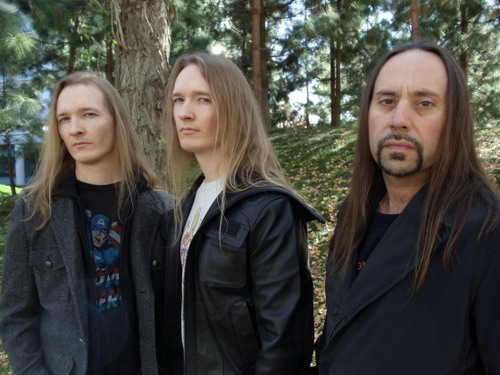